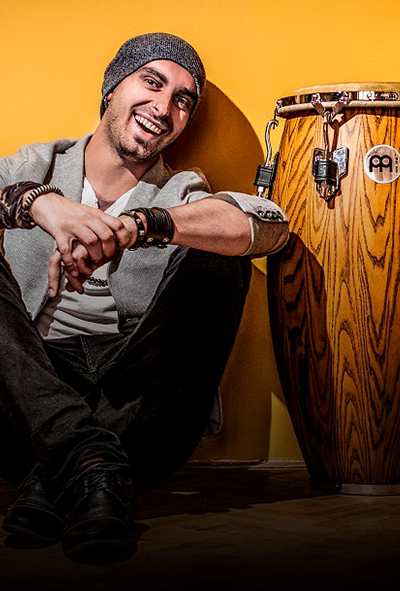 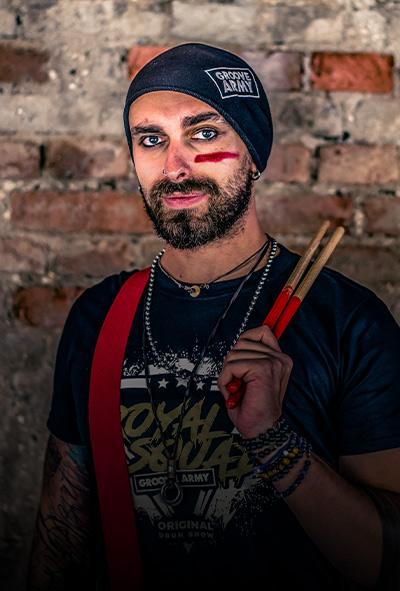 With his music, Tokhi has traveled to most European countries and the U.S. and during the EXPO 2010 he performed in China. He has played in sold out stadiums and concert halls throughout Europe. Although still young of age Tokhi is a valued studio percussionist and a respected musician on the Czech as well as international scene.

He works as a sponsored drummer for several producers of musical instrument: Meinl, Flix, Balbex, Cympad, Korg and Boomwhackers. In cooperation with a Polish and Norwegian company he produces own signed instruments and clothes. His teachers are masters of percussions from the U.S., Italy, Africa, Dennmark and Germany, for example Arthur E. Hull.

Tokhi teaches percussions and improvisation. Next to his purely musical activities, he works as a DrumCircle facilitator leading workshops for companies, schools and at festivals. He is the founder of a drum orchestra basing on the principle of world samba bands from Brasilian Rio de Janeiro.

Thanks to his talent and passion he has become the face of advertising campaigns and other media presentations of companies such as mBank, AC Sparta Prague or Kytary.cz.